This summer marked my second year going to Chincoteague, VA for a long weekend with Luke. His family has a house about 20 minutes from the beach so it’s the perfect vacation spot for us. Chincoteague, and nearby Assateague Island (part VA and part MD) are part beach town and part National Wildlife Refuge. It’s a great blend of small shops, good restaurants, and outdoor activities. I whittled down the 23984029 pictures I took to about 40, sooo you’re welcome :p 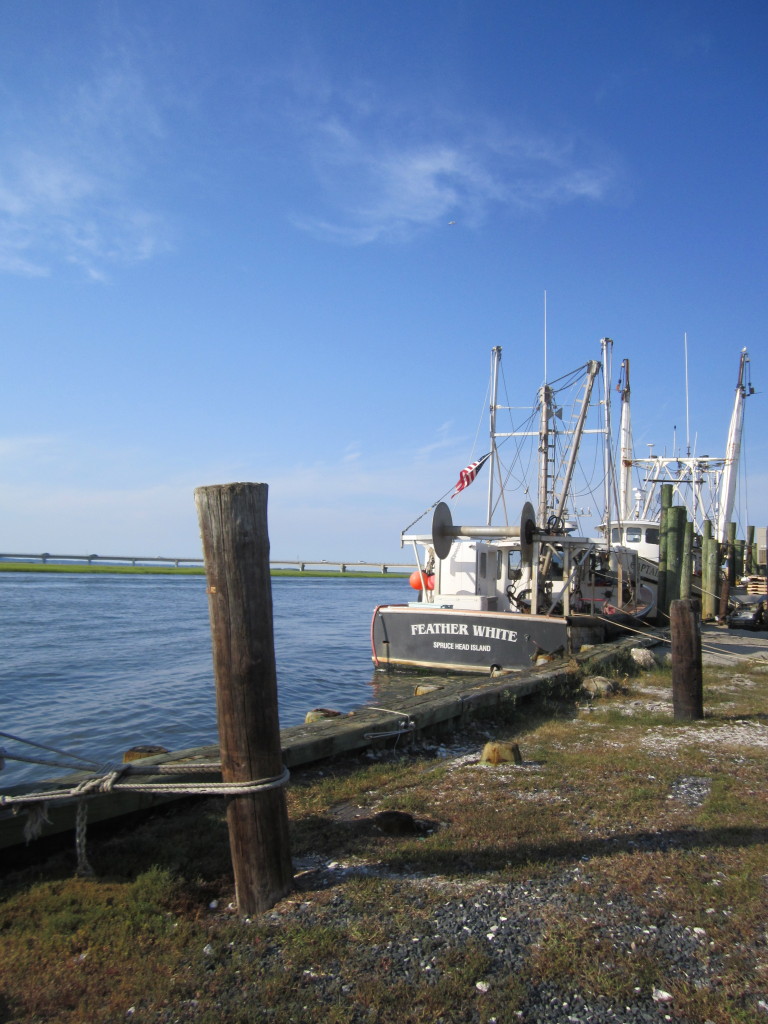 On our way down to the beach this year we stopped at Layton’s Chance Vineyard and Winery. We did a wine tasting (heads up you can get amazing deals for wineries on Groupon and Amazon Local, check it out!) and sat on the porch with some wine and a cheese plate. The cheese was all really amazing (Old Bay, Buffalo, and Garlic Herb) and came from a local dairy we ended up stopping at on our way home. 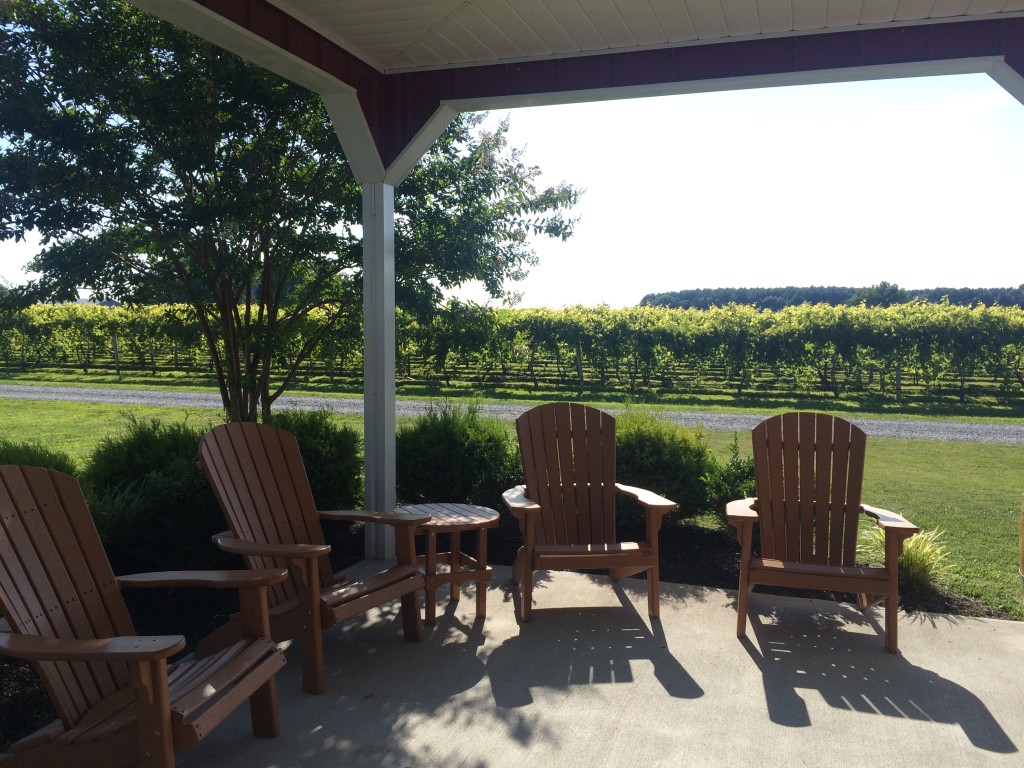 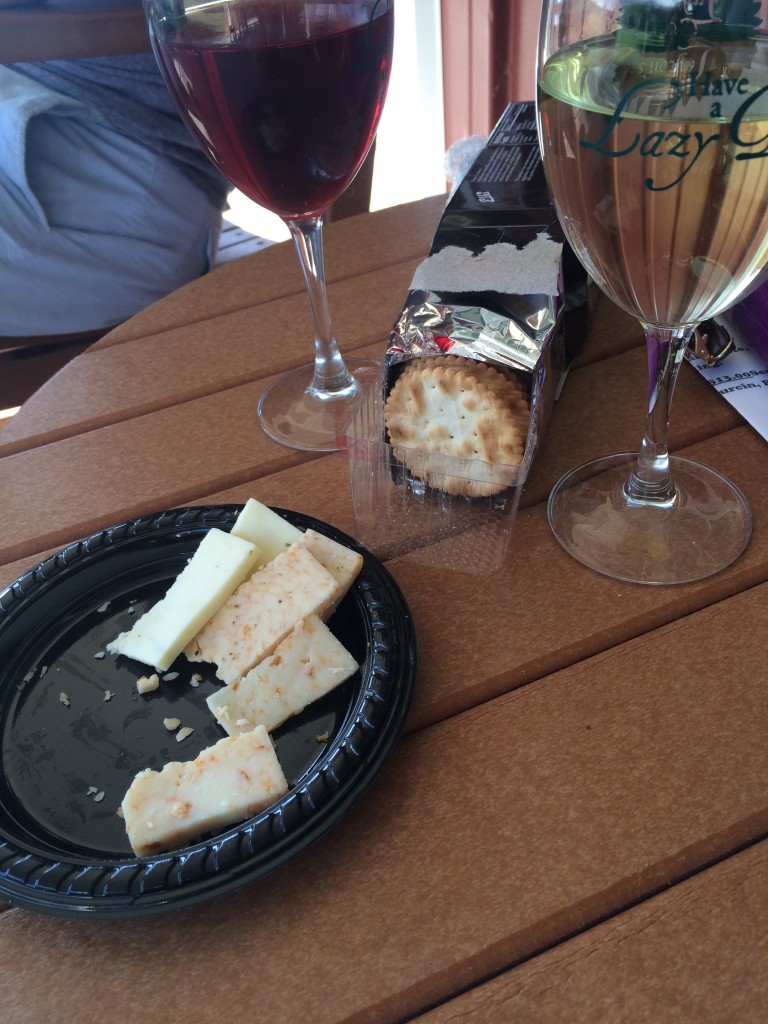 What I really like about Chincoteague over other nearby beach towns is that it’s more quiet, reasonably priced, and not full of obnoxious, drunk college kids (yes, I realize how old this makes me sound).  Our first full day there we rented bikes and rode to one of the beaches. There were a lot of people flying kites, some pretty impressive sand art and it was a gorgeously sunny day. 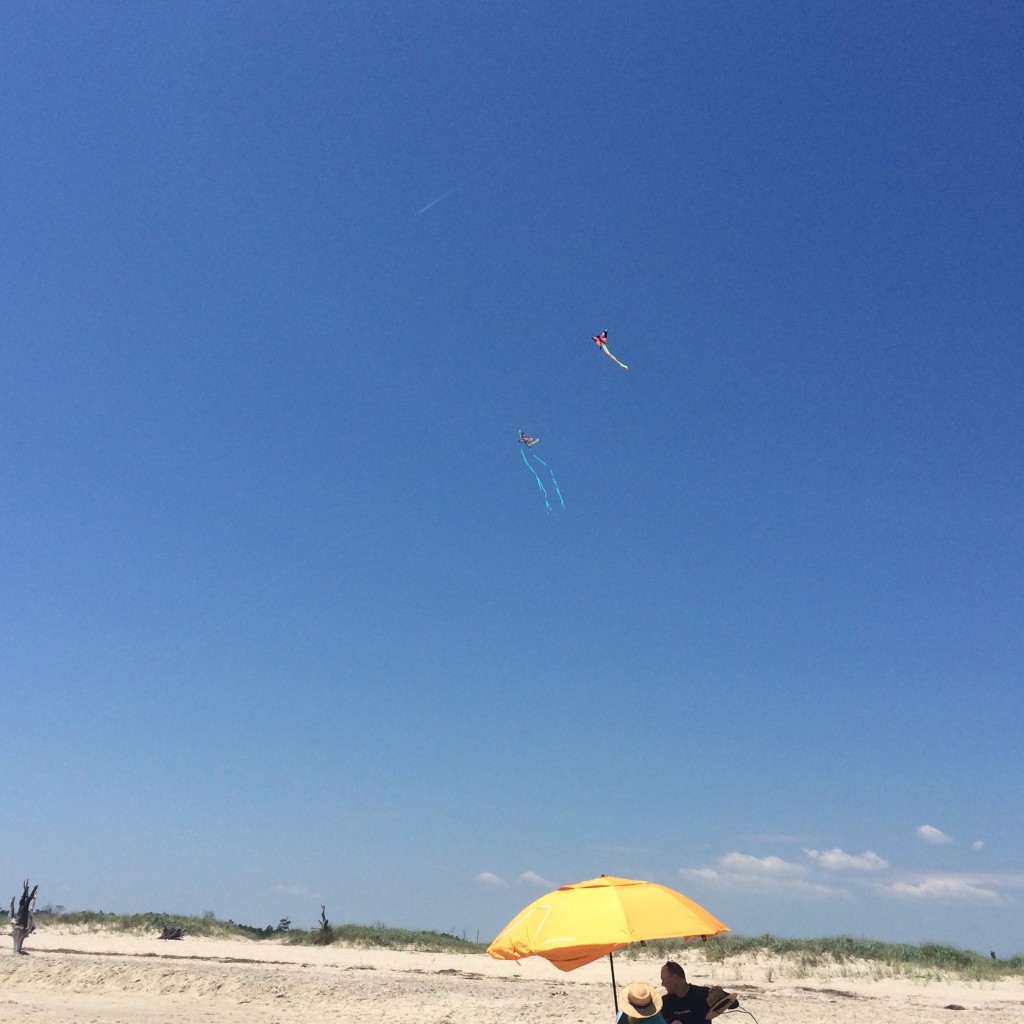 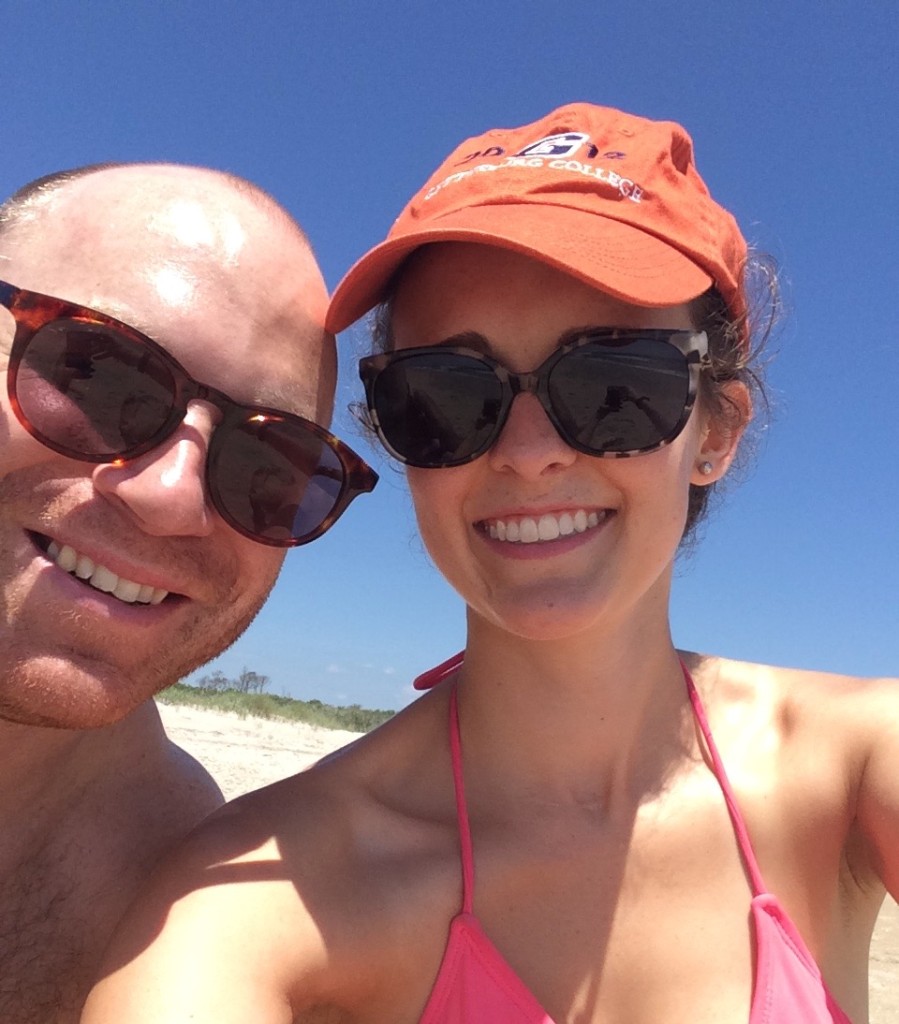 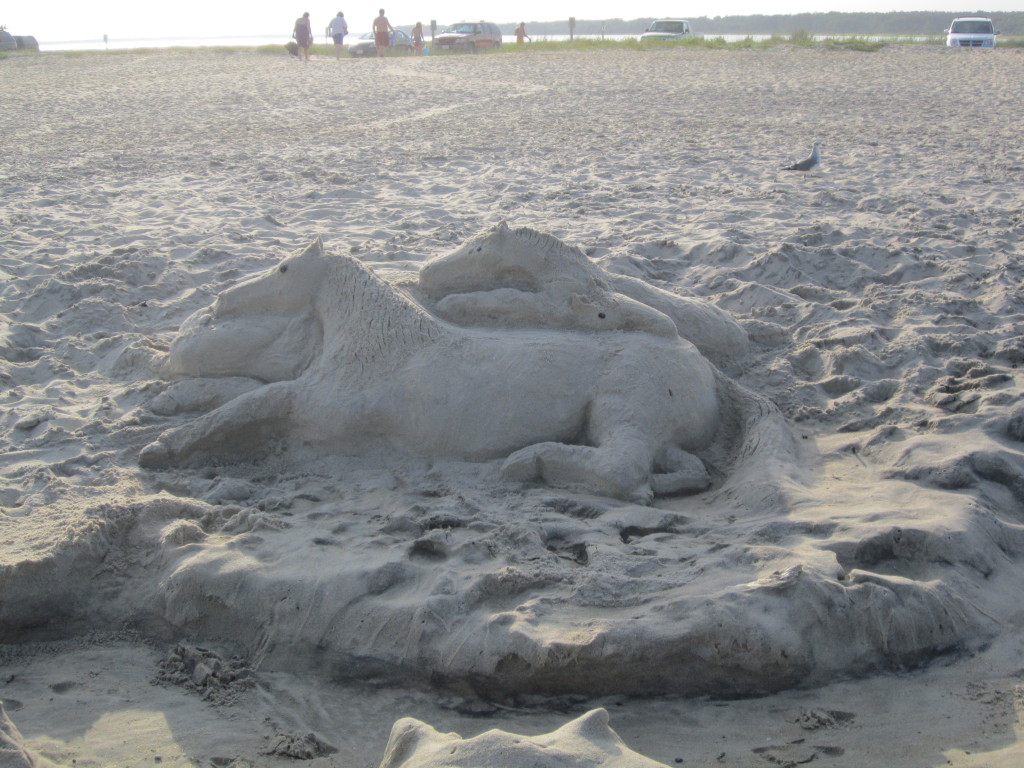 After spending the afternoon at the beach we decided to hit some of the nature trails, which are full of beautiful scenery and wildlife.

They also have several lookout areas along the trails (which are paved and super nice for riding). 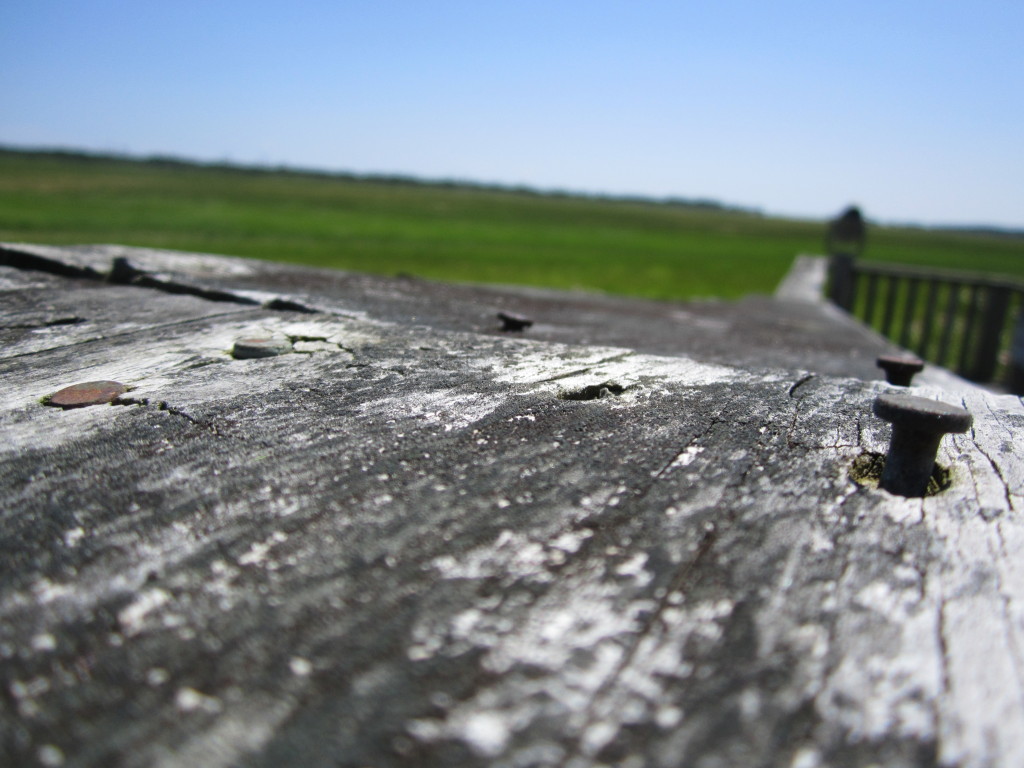 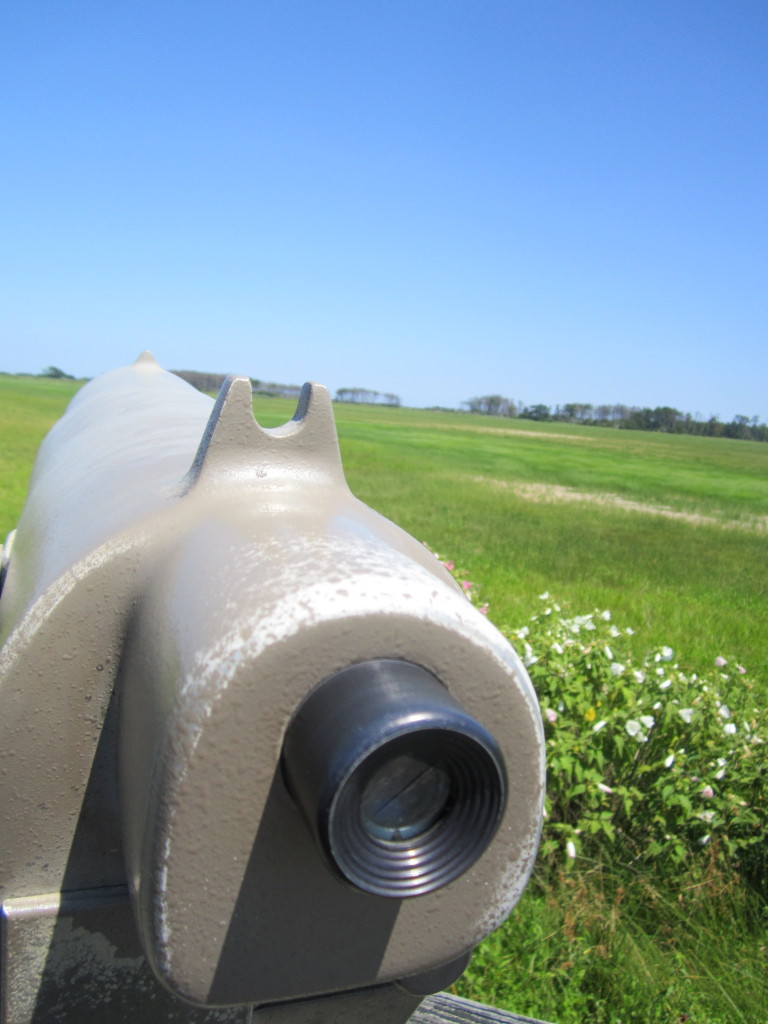 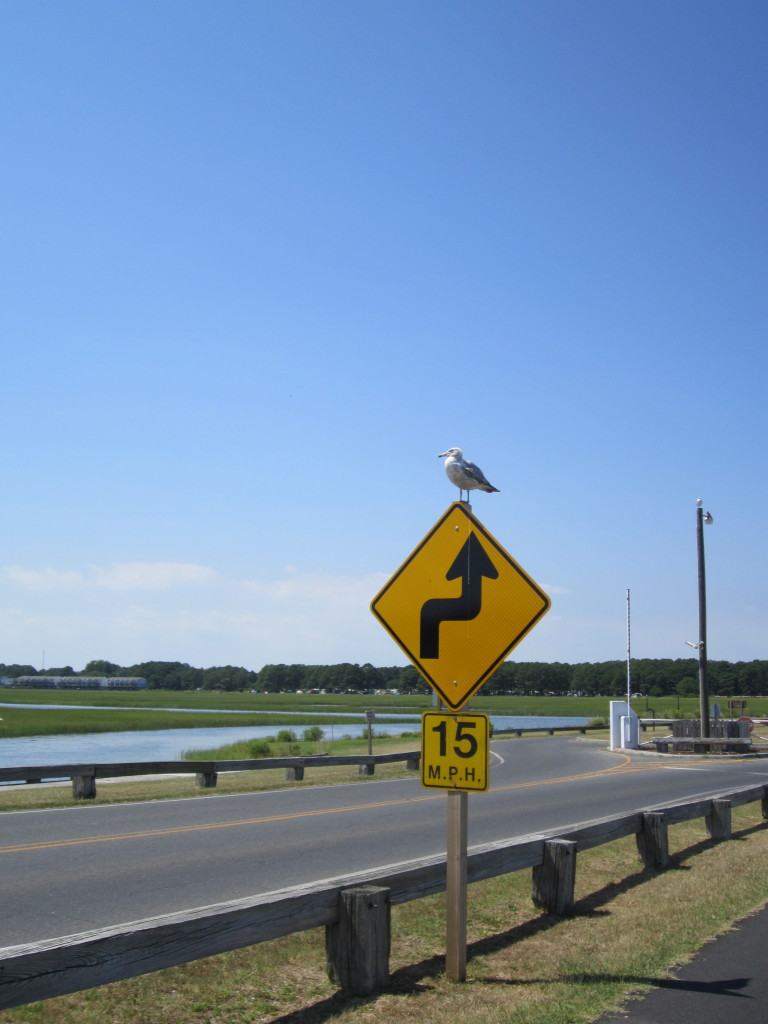 Another day we rented a kayak and went out on the Chincoteague Channel. 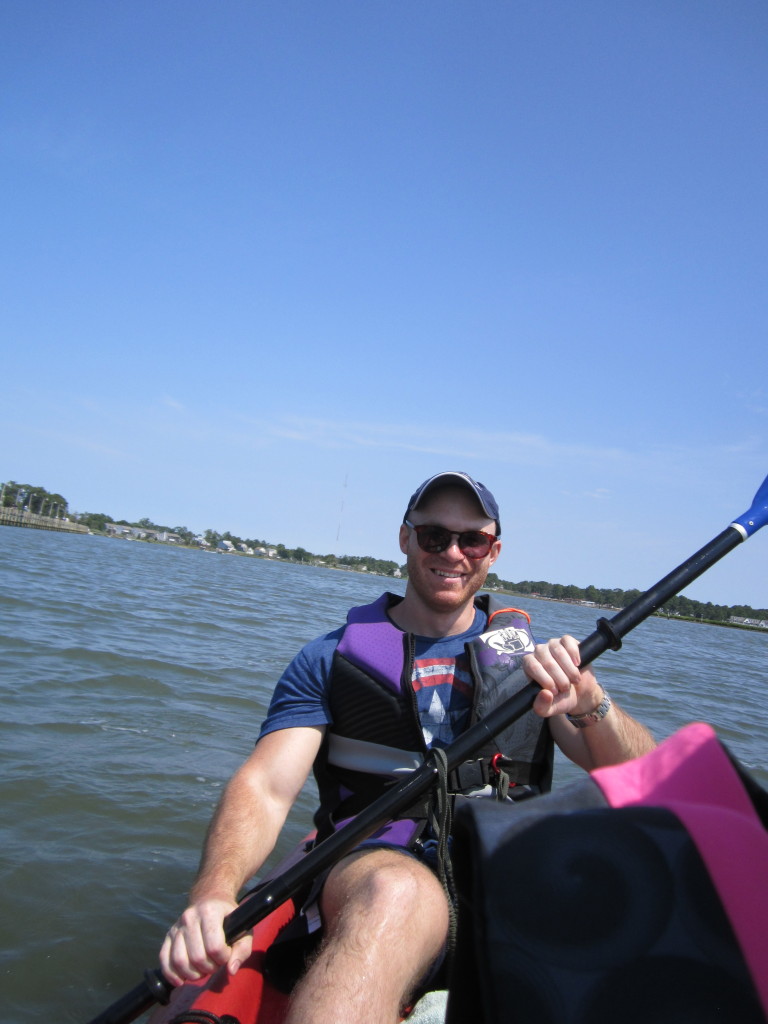 Yes, that is a real bird, it sat like that almost the whole time we could see it. I was convinced it was going to try and attack us at any minute, in which case I most definitely would have freaked the f out and flipped the kayak… luckily that didn’t happen.

Anywho, we paddled out to a small island with a nice beach where people were anchoring their boats and hanging out. We also got to see the Assateague light house from the channel. Last year we hiked the trail up to the light house to see it up close. 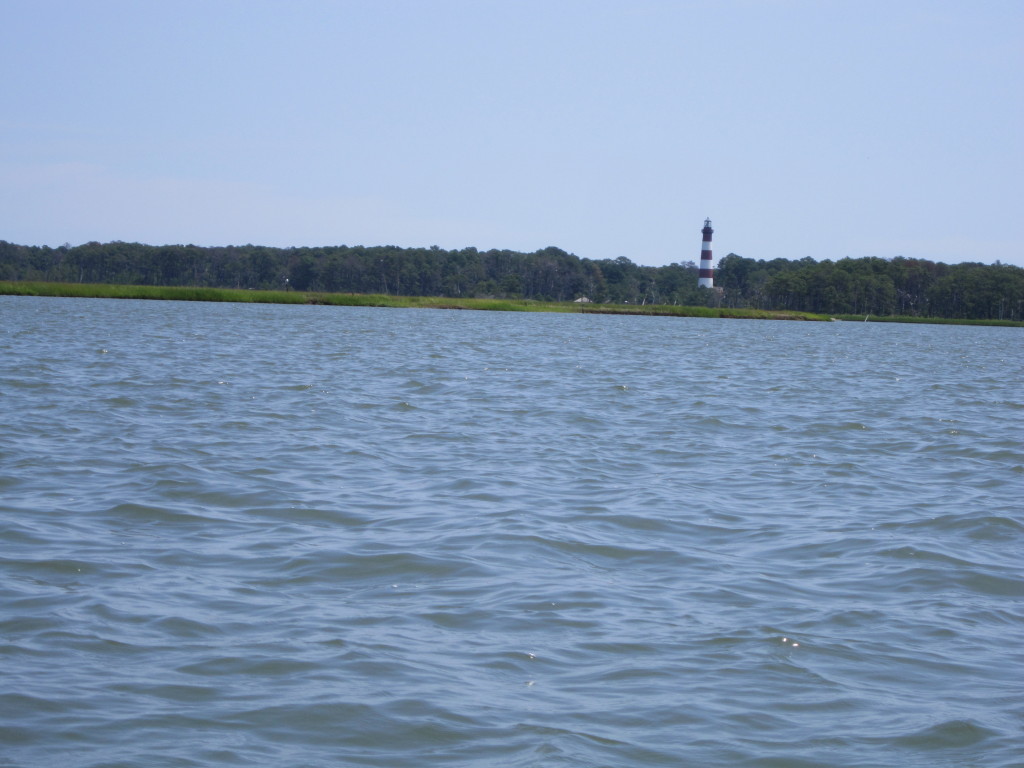 You can also go up into the lighthouse, here’s a view from the top! There are a ton of other trails you can hike (most of them paved), and while we didn’t see any wild ponies this year (we went the week of the pony penning, so most of them had already been rounded up), we did see some some last year. 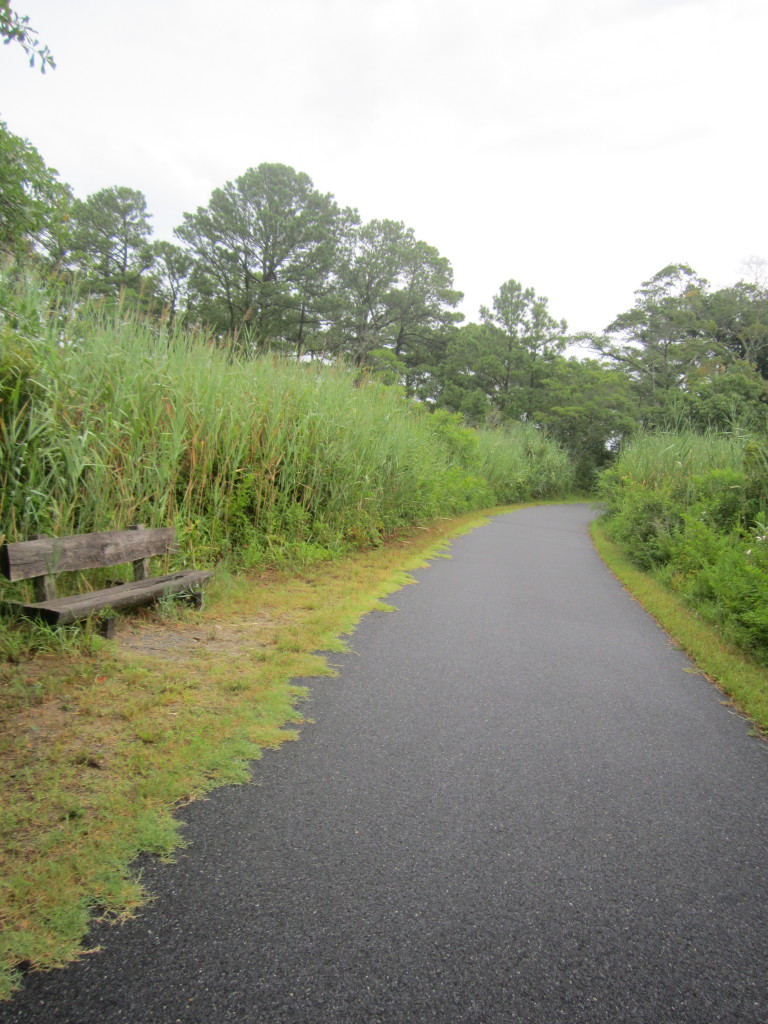 One morning we planned to get up early and collect shells. That morning it decided to start pouring like crazy so we sat in the car and ate breakfast sandwiches and waited for it to clear up. When it finally did we were basically the only people on the beach and we got some great shells, plus some really pretty pictures! Since the house has a full kitchen we cooked most of our meals at home (including these fish tacos for the second year in a row), save for this amazing meal I already talked about, and of course, crabs! However, we did go out for ice cream. A lot of ice cream. Our first stop way Mr. Whippy for some soft serve deliciousness. Luke got a peanut butter sundae (with chocolate ice cream because duh) and I got a chocolate cone with rainbow sprinkles (because my ice cream preferences are the same as a 5 year old’s). Our next ice cream came after an afternoon downtown (we spent way too much time at the bookstore, as usual) from Lil Whippy, a new shop from the folks at Mr. Whippy. We split peanut butter and chocolate gelato and a s’mores cupcake. The gelato was pretty tasty, and the marshmallow frosting was good as well. Island Creamery was our last stop on the island for ice cream. They’re the number one rated ice cream parlor in the country on Trip Advisor, and they do have some great flavors, but if I’m being completely honest, I think they can be hit or miss. I’ve had some great flavors, but I’ve also had some pretty subpar flavors. For example, Luke got a cup of Pony Tracks (vanilla ice cream with fudge and peanut butter swirls and peanut butter cups), which was really good. I got a cone of Butter Pecan, and it was seriously lacking in flavor. Bottom line, ask for samples before you make a final decision.

We saved the best ice cream place for last. On our way home we drove to Chesapeake Bay Farms (the place where the cheese at the winery came from). We both ended up getting a super chocolatey flavor (I cannot remember what the exact name was, but it was like chocolate obession or chocolate overdose, something along those lines), and it did not disappoint! It was a super rich, intense chocolate ice cream with bits of fudgey chocolate pieces inside, definitely the best ice cream of the trip! Can I go back to vacation now?

One Response to Chincoteague, VA

Copyright © 2022 Once In A Blue Spoon | Wordpress Theme by Theme Fashion.